One suitcase - that’s how it all started 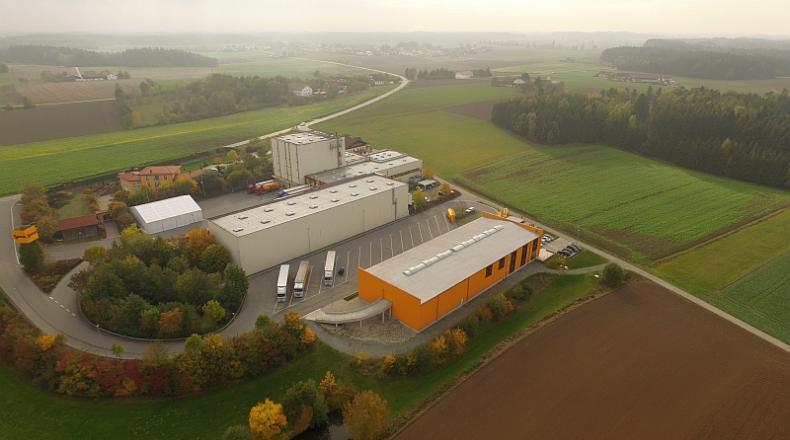 Sano's Company History Sano's history starts in the year 1976 with the foundation of Sano-Milk in Grafenwald, Lower Bavaria. The main business of Sano-Milk was at this time the distribution of milk replacers. Later they introduced mineral feed to their product range. It wasn’t uncommon for them to sell their goods out of the car boot.

The foundation for the very own business premises was laid in 1979 with the first warehouse. Sano's high quality standards were already implemented back then. That is why Sano decided to open its own production in 1981. Bernhard and Edeltraud Waldinger took over the management of the business on their own.

The development of the Eastern Market began with the reunion and opening of the borders in 1990. First the Waldinger Family had to rebuild the entire production in Grafenwald within half a year after a devastating fire in 1996. 1999 Sano build a second production site in Poland. Richard Waldinger, son of Edeltraud and Bernhard Waldinger, took over the management position in 2003 and continued with the international expansion of the business. In the same year Sano opened a third production site in Popovaca, Croatia. A year later followed the new building of the Sano production in Novi Sad, Serbia and the foundation of the new office buildings and warehouse in Alexandrovac, Bosnia in 2005. The fifth Sano production site was built in Csem, Hungary in the year 2007. Sano stands for a holistic growth in agriculture. That is why Sano invested 2008 in a new grain and processing plant in Poland as well as a new production plant in Grafenwald. In 2009 Sano laid a new foundation for its very own research and development - the Sano Agrar Institute in Poland. This distribution site is one of the leading dairy farms in Europe and Sano develops and controls new products and feed concepts.

Not only in Lower Bavaria but also in the world at home Sano has a tradition and history of more than 40 years and has grown from a regional supplier to a big brand for mineral feed, milk replacers and speciality products for the modern animal nutrition worldwide. The first distribution site beyond Europe was built in China in 2009. A year later a new production plant was found in Yangling, China. This was followed by the foundation of the distribution site in Quito, Ecuador (2011), the business formation of Bionat-Sano in Mexico (2012), the new production site in South Africa (2013) and the new establishment of the distribution site in Chile (2015).

With the help of 8 production sites, more than 35 distribution sites and representatives as well as more than 700 employees Sano wants to nourish animals and therefore people in a healthy way worldwide. This is why Sano stands for a healthy growth, in every farm, worldwide.

Join the Sano way and become a partner