Mipro® for a higher milk production 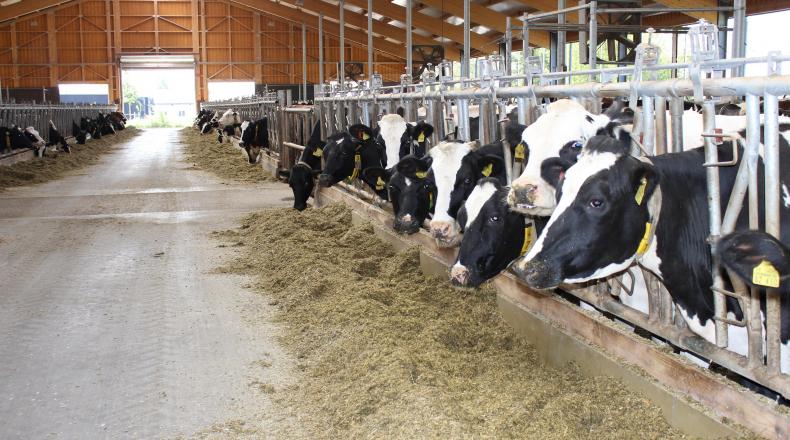 The Mipro® product range offers a number of advantages that are needed for a successful milk production. Mipro® products increase the feed intake, stimulate the rumen performance, increase the milk quantity and support the health. All these factors make Mipro® a well established feeding product in German and Austrian farms.

The synchronization of nutrients in the rumen determines the performance of the dairy cows. A balanced ratio of the concentrated feed is important – for a total mixed ration and a partial mixed ration. In order to establish a successful cow feed, it is important to combine suitable feeding products for the creation of the ration. It is crucial to determine which quantities of raw fiber, soluble carbon hydrates (sugar and starch) as well as proteins are needed. The Mipro® product range complements the nutrient synchronization. Easy handling – everything is combined in one bag and therefore only one product is needed. This is extremely convenient for the farmer.

Advantages of Mipro® at one glance:

Use the advantages of the Mipro® product range and your Sano Feeding Consultant or your Sano Representative to optimize your production.

Save on expensive protein feed

With the Mipro® products you can save up to 400g soy or 500g rape extraction shred per cow on a daily basis. The combination of natural nitrogen and fast disposable carbon hydrate optimizes the bacteria synthesis and helps to save on expensive protein feed. It is possible to save 15 tons of soy or 18 tons of rape extraction shred per year on a farm with 100 cows; this is a saving of 6,000 Euros or 4,500 Euros.

A positive influence in the rumen

Plants produce a great number of different active substances. Ethereal oils are one of those. They influence the activities of numerous microorganisms such as bacteria, protozoa, mushrooms and viruses. The Sano complex of active agents RumenSAN ® contains different, special plant extracts and uses the quality of the ethereal oils. The digestion of carbon hydrates and proteins in the rumen can lead to energy and protein losses which reduce the ingested energy by 3 to 8 %. Researchers have shown that plant extracts decrease the deterioration of protein and the formation of methane in the rumen as well as an increased ratio of propionate and butyrate in the rumen fluid.

RumenSAN ® has a very intensive and good flavor which consequently improves the smell and taste of the feed. This promotes the feed intake and the nutrient conversion.

RumenSAN ® enhances the energy supply and this leads to an increase in the milk production. It also improves fertility and ensures an excellent health. Especially lactating cows use the feed instead of the body reserves for their milk production while receiving RumenSAN ®. The advantages: avoids high body losses, prevents ketosis and additionally increases insemination success.

A lot of farms in Germany, Austria and also across the borders use the Mipro® products. The Mipro® product range was developed and tested in the Sano Research Institute, the Sano Agrar Institute. They have been especially adjusted to the needs of the farmers. This is the reason why our Mipro®products are so popular amongst the farmers!

Our website uses cookies to give you the best possible customer experience when visiting the website. In addition, the cookies help us to improve our website. You can manage your settings here. By clicking on "Activate" in each area, you agree that your cookies are used for this purpose. Learn more

These cookies are used to display advertisements that may be of interest to you based on your browser behaviors. These cookies, used by our content and / or advertising providers, may combine information gathered from our website with other information they have collected independently of your web browser activities through their network of websites.

Tools and functions that enable basic services such as log in to the page. Security-relevant tools. These settings are always active and can not be deselected.